I’ve decided to call my own bluff and conduct a time trial, a planty race if you will. As mentioned in a previous post, there is allegedly little point in sowing annuals in late winter when they will grow very slowly, and those sown later on, in April say, will grow on significantly faster. Well, let’s see! Trial #2 will consist of two groups:

Group 1: sown on 4th February to germinate in the greenhouse, on the heated bench.

The seeds I’ve used for this trial are 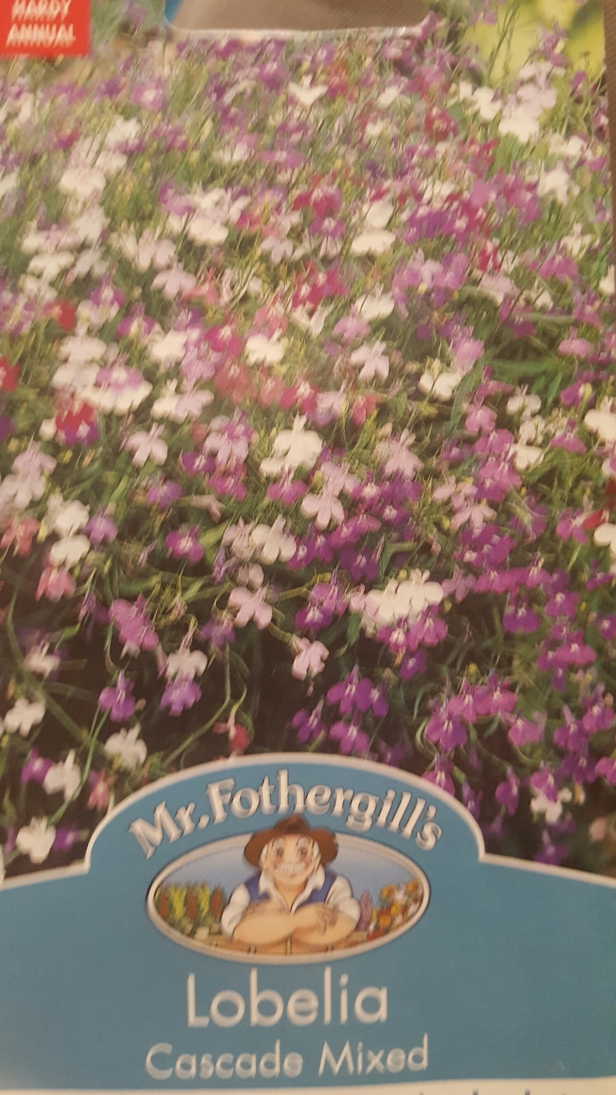 The hypothesis for this trial is:

Seeds in Group 2 reach flowering much faster than those in Group 1.
Here they are all sown:

You’ll notice I appear to have broken ranks and used a half-size tray rather than a 7cm pot like all the others. Well, guilty as charged, albeit with mitigating circumstances. The Lobelia seed is sold in huge quantity, 1500 in this packet, allegedly. I am therefore happy to use a half tray as it is the smallest container appropriate for the job.
I’ll be back, with an update on Group 1 in a few weeks.