Getting colder overnight, but no frost yet, so still a bit of flower power going on.  The days are noticeably shorter – it is dark when I leave the house for work, dark when I get home again, so we’re in that period of the year when there’s still quite a bit to do in the garden but less opportunity to do it.

Still, there’s always the weekend, and it’s time for another Six on Saturday. Six things, in the garden, on a Saturday. Could be anything, a job to do, a good flower, an interesting plant, a pest, a success, a failure, anything at all! Why not join in?

Here are my Six.

1. Pelargoniums. Just your basic pelly. Not very glamorous but very reliable. I fiddle about overwintering some, take cuttings, but in reality they can be had for pennies by the tray in the spring. I usually load up and treat them as annuals. I like the foliage almost as much as the flowers.  Always room for pellies in my garden. 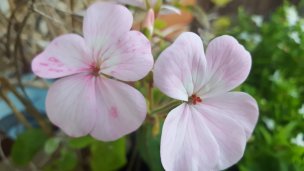 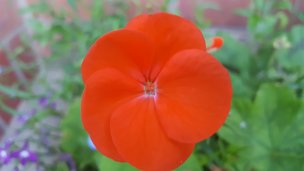 2. Hypericum, St John’s Wort. This is a shrub in the front garden. There aren’t many flowers left now but it’s not done yet, having flowered through the summer. It’s got big, I probably need to prune it back a bit.  I have been calling this a spirea but on checking that’s nonsense.  Definitely a hypericum, possibly ‘hidcote’. 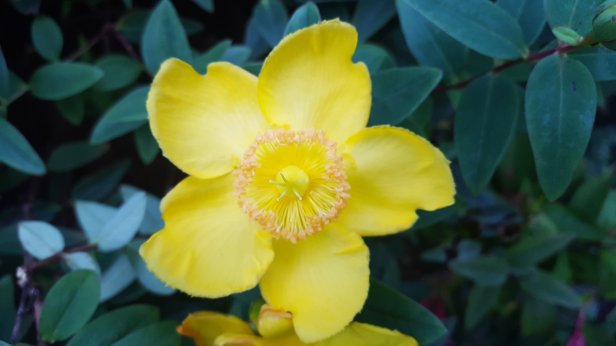 3. Morning glory. What’s the story? A surprise entrant, these must have self seeded, I certainly haven’t sown any this year. Doubly surprised that they’re flowering now in October. I thought they were a summer plant? The centre of these flowers positively glows, it’s like there’s an LED light in the middle. 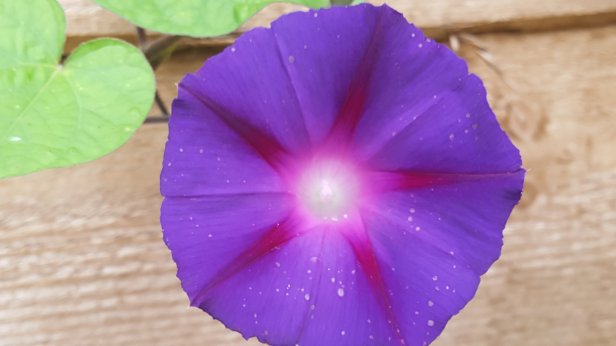 4. Rosa ‘danse de feu’. Not the first time this has featured but I’m impressed. It’s still flowering, has been for months. There has not been a single day in that period without at least one flower blooming, usually more. I think this will be it’s last hurrah for this year. I’ve another 4 of these climbers, last year’s hardwood cuttings, from which I will expect similar service next year. 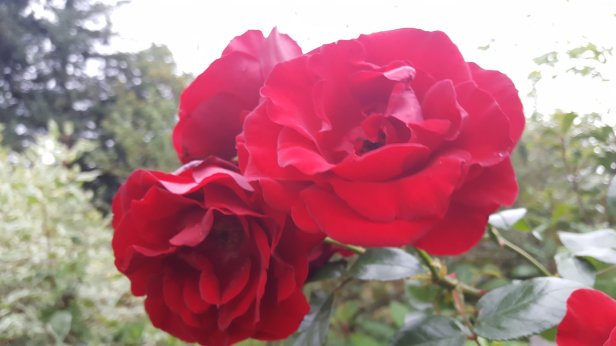 5. Fuchsia. These live in a little planter down the side of the house. It’s a fairly shady spot but not shady enough to discourage these lads. The variety is lost to time.  They look like they’ve died each winter, dead sticks, no sign of buds or anything, then they come back to life in the spring.

6. Seed tin. Full of promise for next year. It’s already groaning a bit at the seams but I expect there’ll be more to add. In fact I know there will, I will be putting my order in to the HPS seed exchange in a month or two. It’s just a metal box, nothing too fancy. It lives in the shed on top of the potting bench where it’s dry and fairly cool.

That’s my Six, what are yours? If you’d like to join in, just leave a comment below with a link to your post and maybe a link back to this blog in your post. For more details, see the participants guide. Don’t forget to check back in during the weekend as more links get added.

I’ll be back next Saturday with another Six.