The book says that you can propagate penstemon at any point in the growing season.  I don’t think they had November in mind when they said that, but my penstemon is still putting on lush growth, showing no real signs of putting its feet up for the winter.

That being the case, I’m having a crack at taking some more cuttings. The procedure will be familiar to regular readers.

I cut a few stems from the parent plant and headed off to the potting shed.

Penstemon work best as nodal cuttings, so I cut just below a node, or leaf joint, taking several from each stem and their side shoots.

I trimmed off the bottom and side leaves leaving a bare stem and the top leaves. Some stems had little axial leaves as well, I removed those. 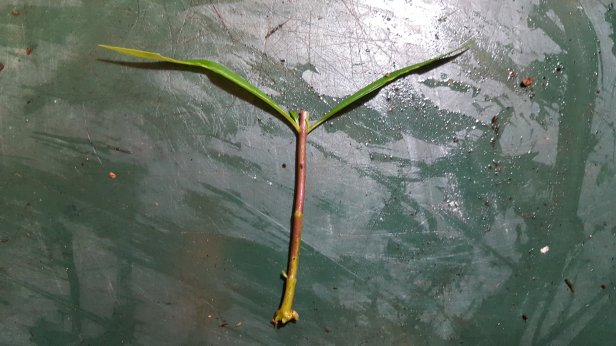 The leaves are quite large so I cut them back about half way, reducing the risk of moisture loss.

I still haven’t got any grit so I’ve just used vermiculite as a cuttings compost, setting the cuttings up in a half seed tray.

Penstemon normally prefer to root in cool conditions but I figure it’s too cold for that so they will go uncovered into the heated bench, at least until well rooted, then I may move them to unheated staging. This is consistent with the RHS advice for early in the season – I assume something similar applies late on too.

With a bit of luck these will soon root. They can stay in the tray until the spring when I’ll pot them up.

I’ll be back soon with more propagating malarkey.

7 thoughts on “Propagating penstemon by cuttings”