Among my influx of seeds from the Hardy Plant Society was a packet of mixed seeds. These are unidentified seeds that somehow escaped their packaging during the cataloging and storage process. I sowed about half in a single 7cm pot then got more ogranised with the other half, separating them into groups of the same or very similar looking seeds.

The individual pot has been in the heated bench since sowing on 20th January and has been steadily generating germinated seeds of various kinds. I have pricked them out into a half tray where they are busy growing on quite happily. 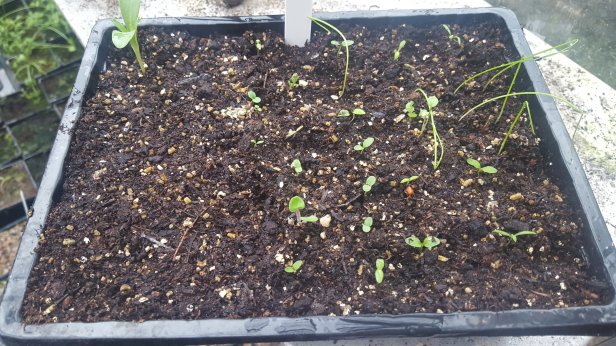 The seeds that I laboriously separated into groups were sown into modules, one group per module, and that tray has been on the unheated greenhouse staging since. None of this batch has germinated, they clearly prefer a bit of warmth under their backsides. Never mind, they will germinate eventually, I will leave them where they are. 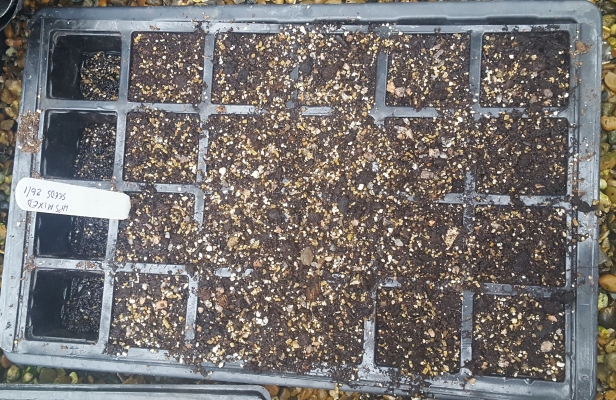 As the seeds were delivered to me unidentified, I have no clue what they could be. My expertise, such as it is, does not yet stretch to identifying seeds from appearance alone. I don’t especially recognise any of the seedlings either, with the possible exception of this one, which I think is a salvia. I only know this because I have other salvia seedlings that this one closely resembles. 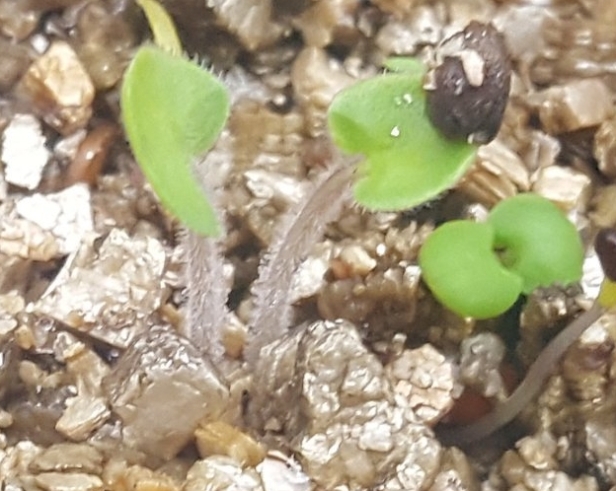 It will be fun seeing these grow on.

I’ll be back in a month or so with an update.

I’ve been raising plants from seed for a good few years with some reasonable results. I’ve also dabbled a bit with cuttings with very patchy results. I became a little obsessed with the topic of propagation in 2016 and resolved to improve my success rate and to share what I discovered. This blog is my assorted ramblings, progress, disasters, setbacks, results and some tips along the way. The focus was initially propagation, which still features heavily but has expanded to cover the veg plot and the general state of the garden. The blog is mostly for my benefit, to keep track of what I've done, and hopefully is also of some interest to other planty obsessives. I post fairly frequently so click below to follow or sign up to receive updates by email. Comments welcome, I will respond to all.
Follow The Propagator on WordPress.com
Join 12,554 other subscribers.

Adventures in Running, food and everything in between