Let me first credit Alys Fowler for this idea, published in a recent Guardian Gardening article. It had not occured to me that I could take cuttings of verbena bananarama (what, you don’t call it that?), I was waiting for them to self-seed around the place.

I followed her advice pretty closely so do check out the article yourself.

Side shoots are best, the main stem being hollow which is not conducive for rooting. I didn’t find many, but I had a handful by the time I finished. The side shoot is the one coming off the main stem at 45° at the leaf node. I just pinched them off. 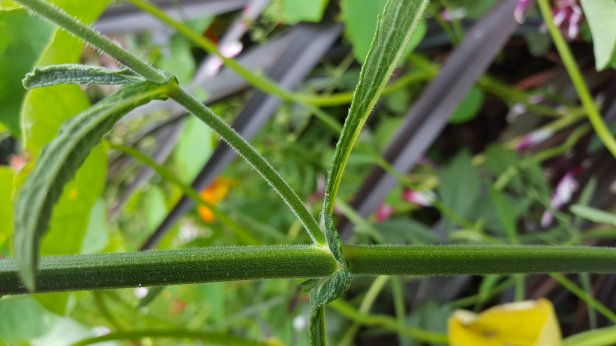 Some of the stems were long enough to get a couple of cuttings.

I cut just below a leaf node, removed the leaves and cut above the next leaf node. 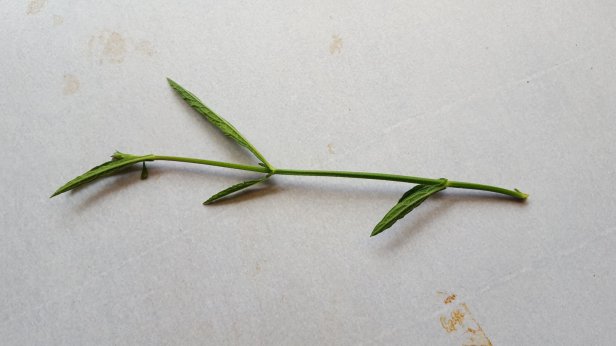 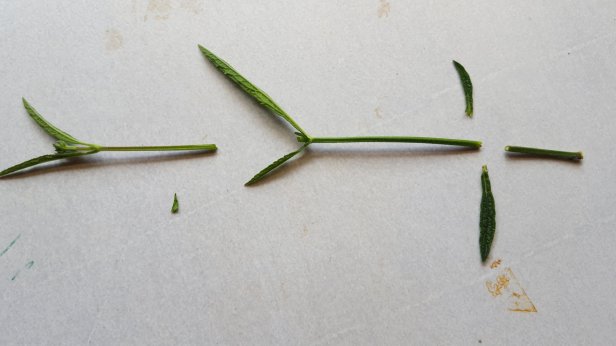 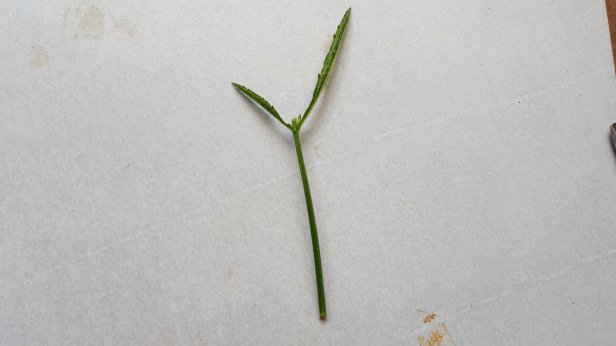 I ended up with quite a few. 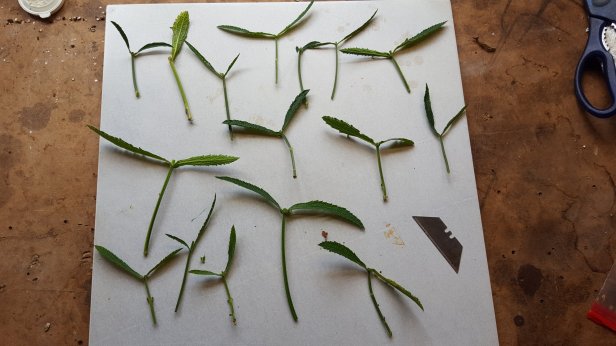 I dunked each one in rooting hormone powder, just the tip, then dibbed into a pot of damp cuttings compost (my usual two parts grit to one part vermiculite). 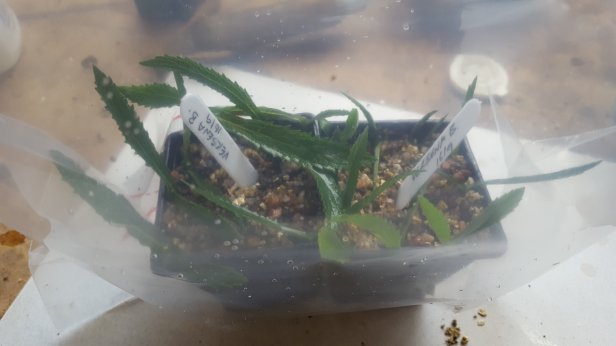 I had enough for two pots which I labelled then tucked up in a Ziploc bag, then stashed in the heated bench.

My thanks again to Alys!

I’ll be back soon with an update on rooting (I hope).